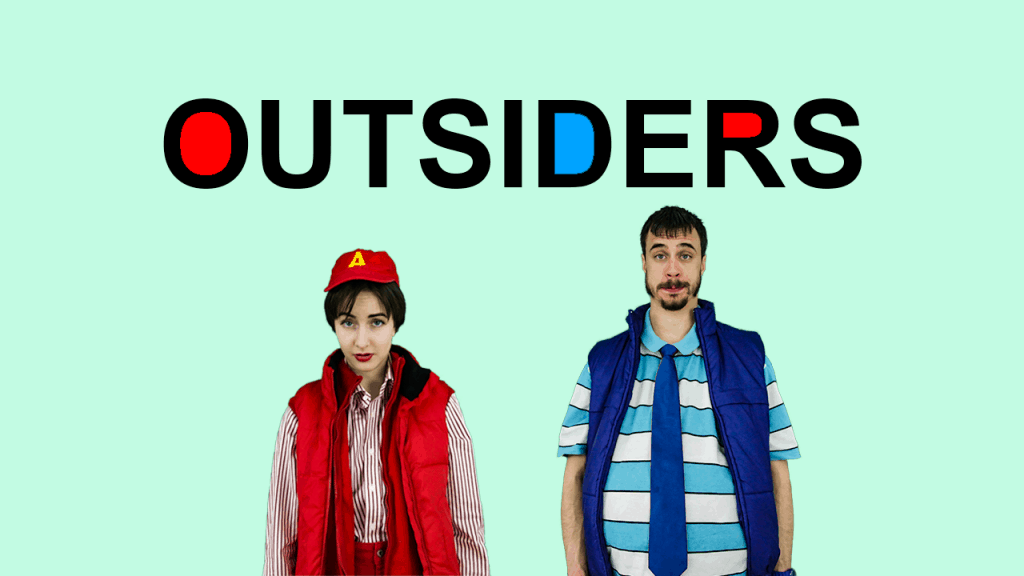 by Viggo Venn and Julia Masli

Two outsiders are bored to death inside.

From the winners of Best Comedy at the Brighton Fringe and Malcolm Hardee Award for Comic Originality.
“Venn has a classic physical comedy in him in the vein of Monty Python” – TheatreInTheNow, New York
“Masli’s set pieces hit every beat, leaving the audience in stitches” – The Skinny

During the pandemic when all the theatres closed down, they began experimenting with video-making and digital clowning and we can’t wait to share their silliness with you. Viggo toured with NIE’s “Brothers and Sisters” and Julia toured with “We Come from Far Far Away” and “Spynet”.