Digital Commissions 2020 – When I Grow Up 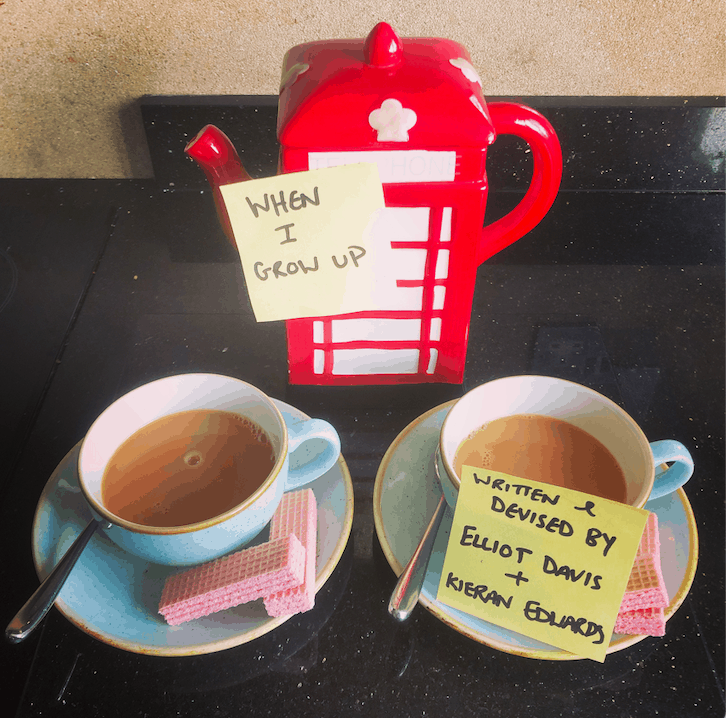 When I Grow Up

by Elliot Davis and Kieran Edwards

Once upon a time there was a boy but he was very unhappy. He had everything a little boy could want, a bike, a ukulele, and a cricket set. He had a family who loved him, a mum who made the best chips and a dad who played catch but still he was so unhappy. And why? Because he was born in a girls body.

Elliot Davis
Elliot graduated from the Actor Musicianship course at Rose Bruford Collage in 2007. He was in the award-winning punk opera The Inconsiderate Aberrations of Billy the Kid (music co-writer, and Assistant Music Director). Elliot joined NIE in 2010 and has since worked with them as Music Director and actor in Hansel and Gretel, Tales from the River Thames, Around the World in 80 Days, I Will be Everything and was in the original cast of Beauty and the Beast, which toured to the New Victory theatre, off Broadway, New York.
Kieran Edwards

Kieran has been a member of the award winning theatre company NIE since 2009. Since then he has performed in over 1000 shows in 12 different productions. Kieran has toured these shows in over 25 countries spanning 4 continents. He is currently working with NIE in developing a new show called ‘What the F**k is Going on’ for 2021.
Part of the NIE Digital Commission Series.